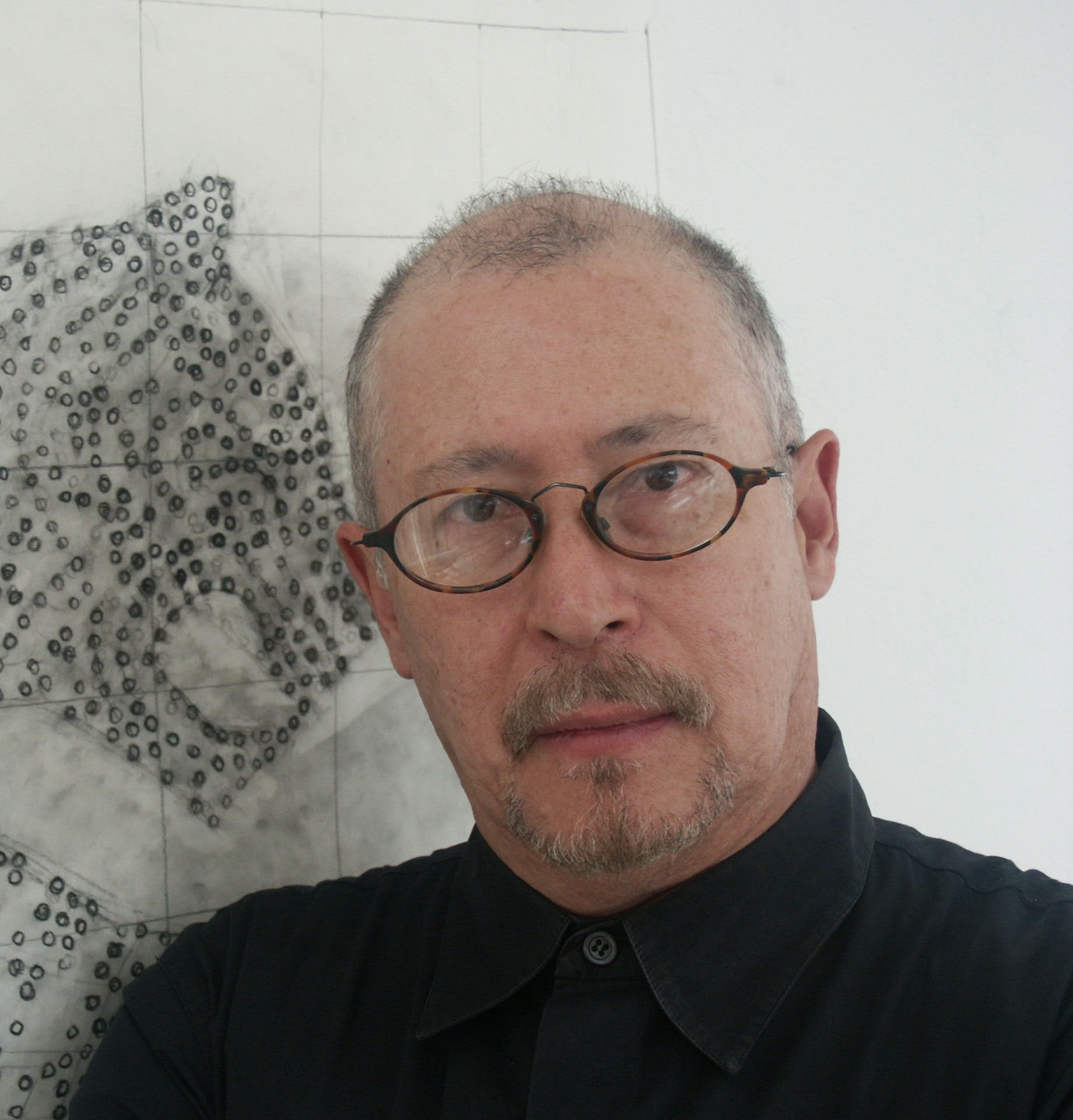 “In some way, my work is a self-portrait, even if it deals with themes such as drug-trafficking or war, events that I have no direct part; that information passes through the filter of ‘I’…”

Miguel Ángel Rojas is a conceptual and multimedia artist whose work addresses subjective experience, identity, and politics. His projects have included indictments of international drug trafficking and violence, and much of his work focuses upon experiences of marginality. In 1964, he began studying architecture at the Pontificia Universidad Javeriana, where he remained for six semesters. Deciding not to pursue a career in architecture, Rojas enrolled at the School of Fine Arts at Universidad Nacional de Colombia in Bogotá in 1969. His earliest experiments with long-exposure photographic portraits and self-portraits began during this period in the mid-1960s, and continued throughout the 1970s.

In 1973, he began one of his most important series of photographs, the Faenza series. Rojas took these photographs—of encounters between gay men at B-movie theaters in Bogotá—secretly, hiding his camera in a suitcase or under a jacket.  The resulting images are ghostly records of the affective and physical experiences of a largely invisible community. The series also marks Rojas’s first exploration of his own subjectivity as central to his work, and it was his first extended foray into photography “at a time when photography was not a medium considered part of the great canon of the plastic arts,” he recalls. The freedom that came with working outside of the accepted subject matter and materials of fine arts allowed Rojas the space to make what he would call “leaps in the dark” as he established his formative style. Throughout the 1970s and 1980s Rojas also worked with engraving, drawing, video, intaglio, stitching, and photographic reductions.

In the mid-1990s, Rojas began using coca leaves in his work. Initially the works explored histories of indigenous life in Colombia, but over time Rojas began using them to comment upon the production of cocaine for consumption in the first world.  Since the 1990s, he has used coca to reconstruct pop imagery, bringing consumerism into dialogue with widespread political and social problems. “The great lesson of pop, for me,” he says, “is the way society looks at itself—understanding that art is in everything. That it is the ‘skin’ of culture. Every human action, all the markers of an age, including tastes and violence, are the driving forces in art.”